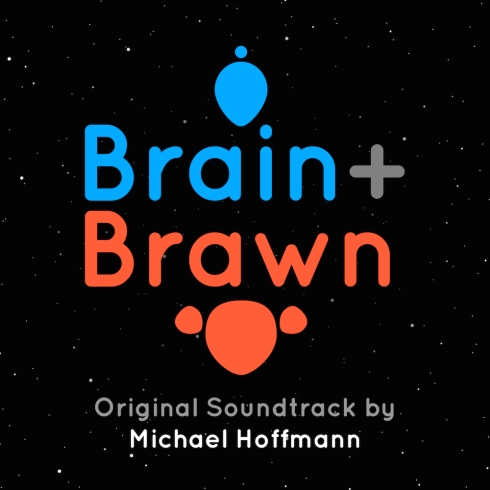 I’m happy to announce that my soundtrack to the game Brain + Brawn is finally out. Brain + Brawn is a space themed puzzle game by developer Spork Games that was released earlier this year for the iPhone and iPad. In addition to creating the sound effects for the game, I wrote a few pieces of music for the game.

Because there are only two backing tracks written for the game, a main menu theme and the main game theme, I wanted to add some extra music for anyone buying the album. As a result, the two main tracks each have a piano arrangement counterpart.

The Brain + Brawn OST has been released through Materia Collective, a game music label which I’ve worked with before on a number of game music arrangement albums. The label has been publishing original soundtracks in addition to their amazing arrange albums, so I’m delighted to have my original music included among their other releases. If you haven’t listened to the other albums they’ve published, you should definitely take time to look through their catalogue.

In addition to the album, there is digital sheet music available for the Brain + Brawn piano arrangements “Robot Lullaby” and “A Puzzling Ship” on Sheet Music Plus. A big thanks to Sebastian Wolff for the music engraving to help get the sheet music ready for publishing.

Working on and releasing this album was a lot of fun and I hope people enjoy listening to it. You can find the full Brain + Brawn OST on Bandcamp and Google Play. Versions of the album containing just the in-game tracks can also be found on Spotify and Amazon.